This month is all about Jupiter the king of the planets, but before we get to why,
let’s not forget the other planets.

Saturn and Mars are around all month in morning sky, Saturn is coming up to its own opposition next month
so you can guess what my object will be for June,
if you keep an eye on them you may see the moon pass both,
so a great time to spot the planets or get a great picture of all three.
​
​There is another meteor shower called Eta aquarid.
​It peaks at 20 per hour as earth moves into the tail debris from Halley's Comet itself.

We now know it is just a lump of volatile compounds, those with low boiling points, such as water, carbon monoxide, carbon dioxide and other ices flying through space we won’t be seeing it again till 2061.
​
The moon is in the way of this shower but many meteors should shine through, look south east around the constellation Aquarius although these are dawn meteors so the sun is rising behind the constellation too.

If you have a telescope get it out and look, what’s wrong with you?

With a three to four inch scope you will make out thicker lines of its equatorial belts, and should be able to make out its red spot if on show, with eight to ten inch scopes will show you finer detail as well as a larger target to look at

​Jupiter does have other spots that come and go but none measure up to its Great red one apparently, it’s been around 350 years, and used to be brick red but over the years has dimmed and as I’m sure I have said before is shrinking quite drastically in later years.

Although Jupiter is quite low and is probably best viewed after midnight, you can still see it pretty well.

Anyway, unfortunately for Jupiter it’s not until 2023 that it rises enough for us to get the best views but what the hell its right there, get out and see what you can find and of course let us know on the UK Astronomy Facebook Group Page.


Onto the Month ahead,  there are Lots of moon transits on Jupiter. I won’t go through them, but if you pop out on the 2nd 5th 6th 8th 9th 13th 14th or 16th you may well see something cool on the planet,
so a great start to the month looking at Jupiter at its best.

On the 15th, Saturn is just above a Globular Cluster (m22) in the constellation Sagittarius,
​ it is one of the brightest and is not far away from the huge galactic bulge of our galaxy’s centre.


On the 16th its DEEP SPACE TIME!
​
​With the Moon out of way, take a look at the Dumbell nebula between Sagitta and Vulpecula two small constellations. it's very much like the ring nebula (we spoke about in a previous podcast) in Lyra,
but we are seeing it side on so looks like a dumbbell.

There is a faint comet passing this area around 10th/11th,
so have a look you may see it especially  Astro-photographers.
It will brighten as the year goes on, apparently.
​​
On the 17th The thin crescent Moon is not far from Venus which is heading to move in front of the Sun over the next few months but still shines bright in afternoon sky, watch both setting together.
​ 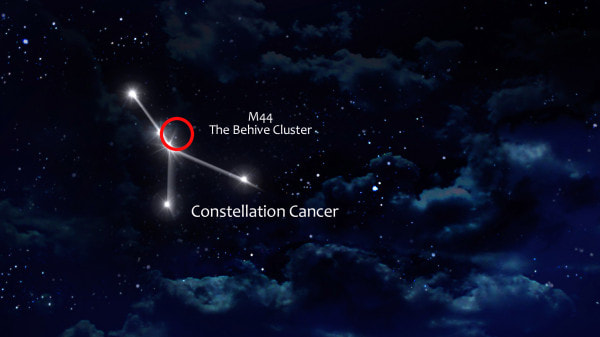 On the ​20th, a near half Moon is not too far from the beehive cluster,
almost dead centre of the constellation Cancer the crab.
​It’s an open cluster full of different coloured stars great with binoculars.
The 21st Marks the start of noctilucent cloud spotting.
Although moon is in the way at the moment, have a look about an hour half after sunset
or before sunrise to spy these rare clouds,
which are electric blue, whisp structures made from burnt up meteors and ice crystals.

And last but not least, if you've not spied Jupiter yet it will be close to the moon on the 27th, a great time to find it.

I will pop a visual guide to Jupiter on the UK Astronomy website under Object Of The Month.

As always, feel free to email UK Astronomy at info@ukastronomy.org
Or join the UK Astronomy FaceBook Group.
​Where there are over 3000 members happy to help you with any questions. ​​

​Ross Hockham and Mick Scott were out last month at Dunstable Downs in Bedfordshire,
where they had a fantastic night viewing, from 8pm until 5am.
They set up the equipment whilst watching the the sun setting and prepared for the night ahead.
​
​They managed to see Venus, along with the crescent Moon which slowly turned blood red as it set.
​
​Then Jupiter popped up and Ross viewed it through his Starwave 70ED Travelscope.
A great little scope and a gift from his wife
(which she purchased from Tring Astronomy Centre)
That can taken on a motorbike.
It’s a refractor scope and has a really a good lens,
so it achieves crisp views for a scope of its size.
​
They also took along the 16” Dobsonian to look for deep space objects.
Although you could see all Jupiter's details through both.
​
Then Ross started looking for galaxies with the 16” and saw the whirlpool galaxy interacting with another,
​near the Plough then the  Bodes Nebula and the cigar.
He later found another galaxy with them making it a bit like the Leo Triplet.
​So a great night…

A word of advice "DON'T GO UP THERE ON YOUR OWN!" at night.
There seemed to be lots of traffic coming and going till 3am on a weekday, ruining the boy's night vision
​and let’s just say after reading up what goes on up there.
Ross was glad Mick was with him as he is a big lad and scared them off.